An Australian artist has produced a range of Islamic surfboards in an attempt to create a greater understanding between East and West.

An Australian artist has produced a range of Islamic surfboards in an attempt to create a greater understanding between East and West.

Phillip George was inspired by his trips to the Middle East and by riots in 2005 when Lebanese Australians were targeted on a beach in Sydney.He has called the range the Inshallah – or God Willing – surfboards and has put them on exhibition in Sydney.

There are 30 surfboards in all, each adorned with intricate Islamic motifs.Mr George hopes that the Inshallah surfboards can help bridge cultural and religious misunderstandings within Australia.

His inspiration has come from his travels and also from the Cronulla riots, when a crowd of mainly white Australians gathered at a beachside suburb of Sydney and targeted people of Middle Eastern appearance.

This is an attempt to fuse the Australian beach culture with the Islamic culture, he says.The boards are adorned with intricate patterns from Islamic culture”What I’ve done to bring the joy and the interest of our Islamic art to an Australian audience,” said Mr George.

“I have actually transposed a lot of my photographic images – the work of the tiles and shots of the mosque – on to a surfboard so that they become a lot more acceptable or easy to digest for an Australian audience.”

The exhibition, Borderlands, is at the Casula Powerhouse arts centre near Sydney.

All the surfboards face Mecca, and visitors have included schoolchildren from Cronulla, a mainly white suburb, and pupils from Sydney’s Islamic schools.

This is not the first time that symbols of the Australian beach culture have been used in this way.A local designer has already brought out what she calls a burqini – a full-length swim suit to make Muslim women feel more comfortable at the beach. 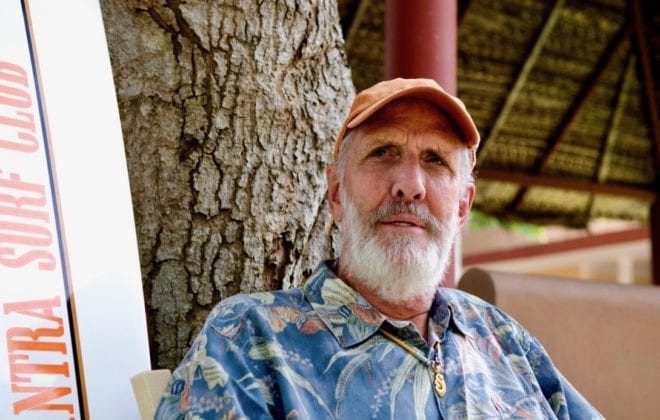 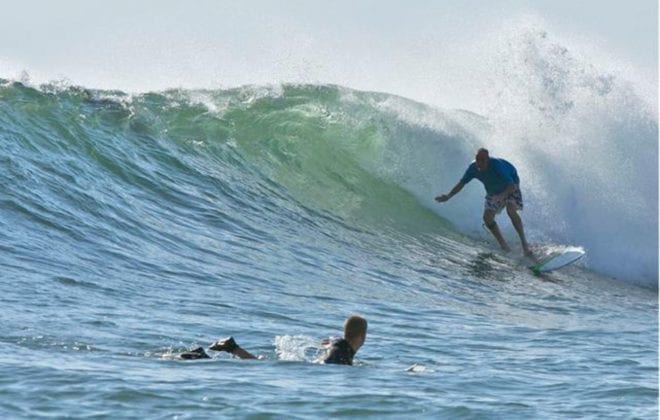