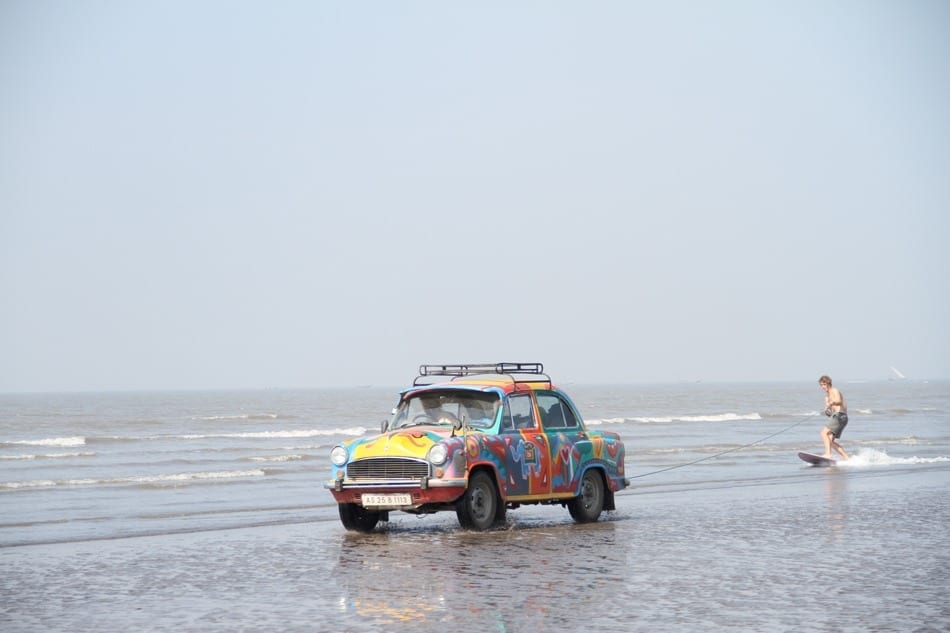 Two Aussie mates embark on an adventure of a lifetime by taking on the challenge to surf in all 28 states of India! What’s your idea of living the dream? Join Jonno & Stefan as they take their lifelong love for surfing and share it with country of 1.2 billion people, over 140 religions and 1,652 languages.

Premieres Friday Nov 16, 2012 9:30pm/et Outside TV
Two Aussie mates embark on an adventure of a lifetime by taking on the challenge to surf in all 28 states of India!
What’s your idea of living the dream? Join Jonno & Stefan as they take their lifelong love for surfing and share it with country of 1.2 billion people, over 140 religions and 1,652 languages. Along the journey, they team up with local charities amid India’s diverse 28 states, while using rickshaws, yaks, waterslides and other interesting means to “surf” even those that are landlocked.
Join the boys for their adventure and experience the real India: www.facebook.com/surfing28states
www.surfing28states.com
Instagram: surfing28states
EPISODE 2 Premieres Friday November 23, 2012 9:30pm ET/PT Outside Television
In Episode 2, Jonno and Stefan travel North from Delhi to the Himalaya Mountains. On the way, they pass through Haryana and Punjab states and experience some Sikh culture, waterslides, dirt mounds, and Kabaddi wrestling! While in the Himalayas they surf with some Yaks, get snowed in and have a brush with death on the icy cliff roads.
This episode is an adventure not to be missed.
SURFING 28 STATES – EPISODE 3
In Episode 3, Jonno and Stefan are amidst the breathtaking Darjeeling tea plantations with Kusum, the 5 second tea lady who guides them through a tea making competition. Along the way they surf down the plantation, introduce surfing to about every kid in the state of Bihar and experience the magic of Diwali (Indian Christmas) with fireworks and all! With Jonno down with a leg infestation, it was up to Stefan to learn to drive stick shift for the first time in the wild crowded roads of India!
SURFING 28 STATES – EPISODE 4
In Episode 4, Jonno and Stefan are in the Seven Sisters – The 7 states in North-East India. This region is rife with border tensions, guerrilla activity, and thick red tape. The boys meet up with Sean Willmore, Founder of the Thin Green Line foundation and check out their good work in world famous Kaziranga National Park. Our heroes surf in marketplaces, with billycarts, on a jeep, and with very touchy-feely rickshaw drivers. They also learn some traditional dance in the state of Mizoram, and end up in Indian Jail in Nagaland state. Epicness!
SURFING 28 STATES – EPISODE 5
In Episode 5, Jonno and Stefan head down the East Coast to finally surf some waves! They meet up with Jon Rose, Pro-Surfer and founder of Waves For Water. With Jon’s lead, they distribute some much needed water filters and search for some ride-able surf. Some other highlights in this episode include; market shopping in Kolkata, meeting the Vizag Surf Club, and experiencing some weird sauna systems.
SURFING 28 STATES – EPISODE 6
In Episode 6, the season Finale of Surfing 28 States: India, Jonno and Stefan are enjoying the beautiful West Coast of India. But their car, Lassi, doesn’t want them to leave her, and continuously breaks down. But this does provide some fun interactions with the locals. They also surprise the kids from Our Home orphanage by taking them to the beach and teaching them how to surf. Jonno and Stefan then fulfill a lifelong dream by getting their Bollywood on in Mumbai. Plus…so much more it’s not even funny (but it is pretty funny!). 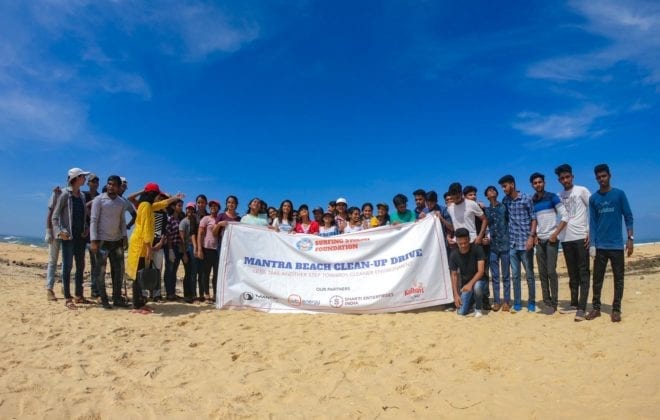