Stand Up Paddling In The Himalayas

The Indian Himalayas are home to some of the roughest conditions in the world, but also some of the most beautiful. Nestled in the high altitudes are numerous rivers and lakes, some visited by tourists, others too difficult to reach. After months of intense planning of the stops, which rivers and lakes to paddle, and who to meet, Kiran Kumar and April Zilg set out to explore stand up paddle locations from the base of the Himalayas outside of Chandigarh all the way up to Pangong Lake outside of Leh. The Indian Himalayas are home to some of the roughest conditions in the world, but also some of the most beautiful. Nestled in the high altitudes are numerous rivers and lakes, some visited by tourists, others too difficult to reach. After months of intense planning of the stops, which rivers and lakes to paddle, and who to meet, Kiran Kumar and April Zilg set out to explore stand up paddle locations from the base of the Himalayas outside of Chandigarh all the way up to Pangong Lake outside of Leh. After one week on the road, they discovered that the person helping them was a con artist. All of the months of planning were gone in an instant. On top of this, it was the season for snow to start melting, the roads were washing away and passes on the route to Leh were often blocked due to mud and rock slides. With over 2,500km of road to traverse, and no local knowledge of what water to paddle or what permissions were needed, the odds seemed low that they could complete the expedition. After regrouping in Manali with friend and photographer, Ram Paranjape, the trio came up with a new game plan. It was decided that the expedition should continue on. Armed with 100 kilos of gear, including 4 Hobie 12’6” inflatable stand up paddleboards, paddles, pumps, fins, helmets, cold weather gear, warm weather gear, wetsuits, and camera equipment, the team set off on the Manali-Leh Highway. Amidst the treacherous miles on the road, the team stopped to paddle in rivers and lakes next to the highway. Among the daily challenges were temperature shifts, high altitudes, cold waters, and rough terrain. In spite of the conditions, the desire to explore new places to paddle never subsided. Spirits were constantly renewed while sharing the fun with local resorts, tour companies, and children from all walks of life. At each stop the team would unload the inflatable boards, blow them up, paddle, and then deflate to pack them back into the vehicles. Some days the boards were set up and disassembled 5 times! Lucky for everyone, the process became fluid and was always easy and fast. It was also easy to find the water while driving through the Himalayas, but sometimes getting down to it was extremely difficult. Deepak Tal at 15,500 feet was easily accessible and at a manageable temperatures. After taking the boards out of the vehicle Kiran and April hopped right into the water. On the other end, Suraj Tal at 16,020 feet was riddled with rough terrain and remarkably different weather. Towards the end of the paddle, a storm was surging through the valley bringing winds and snow. With freezing hands Kiran and April rushed to pack up the boards and scramble back up the 60-degree mountain face with jagged, lose rocks that they had so carefully descended. It was all worth it because Suraj Tal, India’s third highest lake, may have ended up being the highest altitude stand up paddled. Over the course of four weeks, four rivers were run and five lakes were successfully paddled. Outside of Shimla,  high, raging waters of the Satluj River were run. Along the Manali-Leh Highway, the beautiful meandering waters of Chandra River and Bhaga Rivers were descended. Once in Leh, the team was completed with it’s final members: Eishany Chaudhary, Janiky Chaudhary, and Corey Curtis, before running the Indus River. After the cold waters and class four rapids of the Indus, the entire team set out to explore the lakes surrounding Leh. On the road to Tsomoriri, there was a small lake called Kyagar Tso with nomads scattered along the banks. It was a very different experience to stop and paddle this lake along with some of the local nomadic children. Afterwards, a paddle at Tsomoriri at 15,080 feet above sea level was accomplished with the friendly help from some locals. Perhaps the most difficult to arrive at from Leh was Pangong, which was not only a long journey, but one with narrow, washed out roads ascending altitudes over 17,000 feet. The intense path was well worth the effort; the team was rewarded with sparking, blue waters at 13,900 feet. Throughout the journey, there were numerous challenges that have not been handled by stand up paddlers before. Weather, altitude, and “the con-artist” made the expedition a particularly difficult but unique one. Thanks to the strength and persistence of the team, the odds were overcome and they stand up paddled at what may be the highest altitudes ever recorded for SUP in a variety of water bodies. But, what is more important, is that everyone had fun on the expedition of a lifetime. 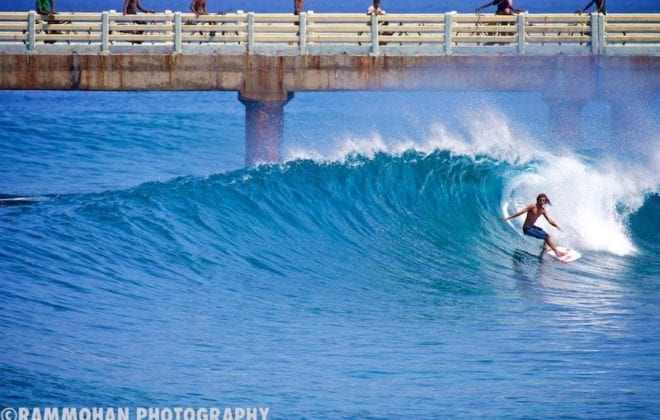 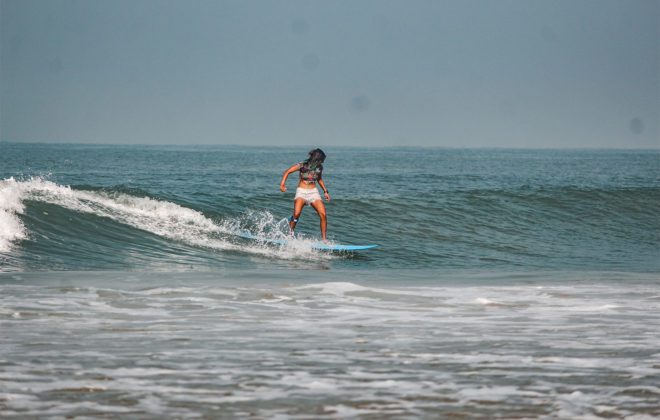 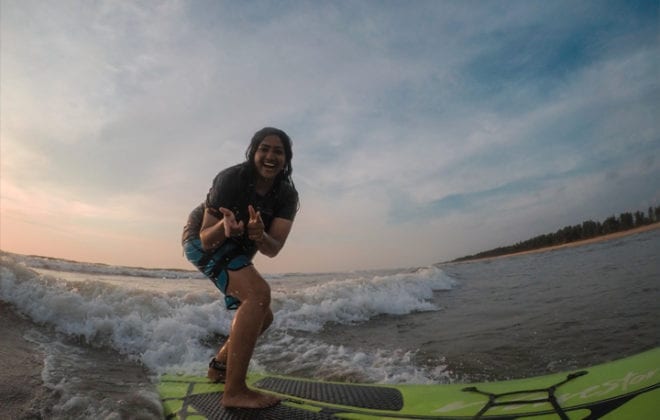 Surfing Philosophy for the working professional – Balancing, Boardroom and Beyond.