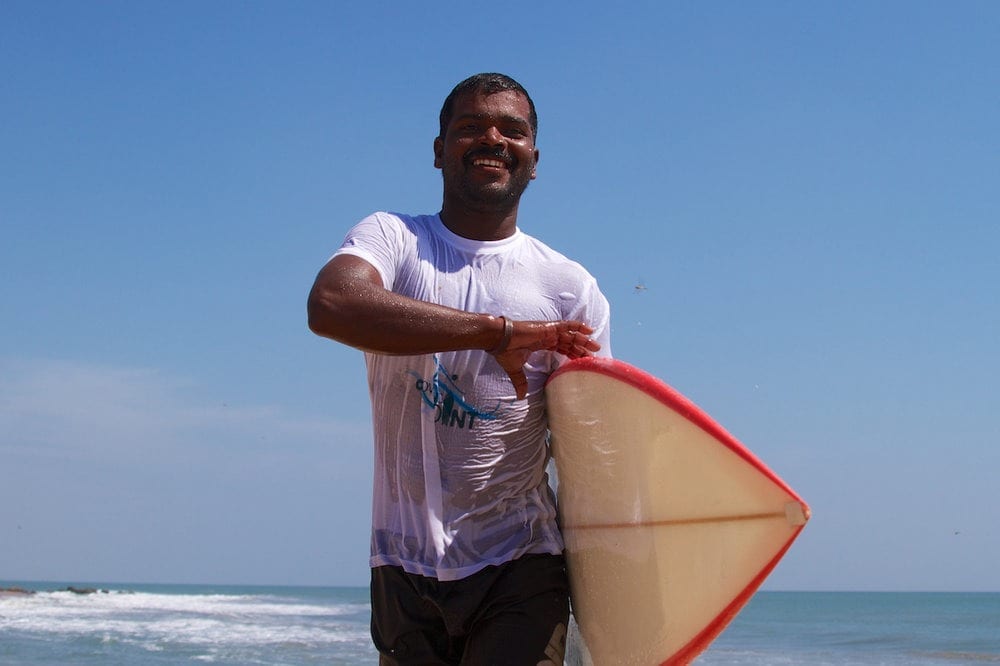 Big stories often have small and humble beginnings. The story of Murthy Megavan, a fisherman turned surfer is indeed one such story.

By Surfing Swami on 20 February 2014 in Redbull Big stories often have small and humble beginnings. The story of Murthy Megavan, a fisherman turned surfer is indeed one such story. I am especially keen on this story because I was there for Murthy’s first wave and also because Murthy has become a close friend of mine. India has great fisherman surfers thanks to Murthy. © Rammohan Paranjape

Waves were pumping shoulder high and rides were incredibly long. So long that my friend Rick Perry from USA who surfed for more than 20 years in Hawaii had at Covelong Point what he called the longest ride of his life.

Several times a week, we would drive up to Covelong Point from Mahabalipuram where we were staying in a rented house and surf hour after hour. One morning after a good session, I was leaving the water when I was approached by a young man who introduced himself as ‘Murthy, a fisherman’. Murthy was bright eyed and came straight to the point; he wanted to borrow my surfboard to catch some waves! At this point, he had never even seen surfing before, what to speak of trying it himself. Usually I’m not so keen on lending my board to just anyone but Murthy looked especially interested, so I gave him a couple of basic pointers and handed him the board. It usually takes a beginner multiple tries before they finally stand up and catch some whitewater and some never succeed, but with Murthy it was different. Murthy paddled for a small wave, stood up and rode successfully for about 20 meters. Not bad for a ‘first timer’ and he was stoked.

Murthy caught several more waves and after about 20 minutes I motioned that I had to go. Murthy came out of the water and thanked me profusely. I got in my car and drove back to Mahabs, never to see Murthy again until the Mahabs surf contest in 2009. It was a great turnout of more than 80 Indian surfers. From virtually no Indian surfers in 2000 there were now surfers from Orissa, Andhra Pradesh, Tamil Nadu, Pondicherry, Kerala, Goa and Karnataka. All of them showed up for this event – the first real gathering of the Indian surf tribe. Suddenly in the middle of everything this guy walks up to me and says, “Swami do you remember me? I am Murthy from Covelong Point.”

Not only was I surprised to see that Murthy had become a dedicated surfer but I soon learned that he was among the top Indian surfers in his age division, even holding his own against more experienced surfers from foreign countries. Since Murthy’s humble beginnings, he has his own surf school at Covelong Point, more than a dozen boards of his own and several dozen students from his village as well as from Chennai. Impressive indeed. All this and more is happening for Murthy because of his genuine interest in surfing. Very encouraging to see well deserved success.

The first real help Murthy received was from an Israeli surfer named Yotam Agam, who is well known in the music scene in India as the founder of the music label and audio visual company EarthSync. Yotam gave Murthy his first surfboard gratis and later on additional support came to Murthy’s surf school from Arun Vasu, a member of the Chennai business community.

Murthy has also been featured in several Tamil newspapers and in news clips on local television channels. To top it off, a feature documentary film called, Covelong Point featuring Murthy’s rise to prominence in the India surf scene is due to be released in February/March 2014. The film will be the first professionally made surf film about an Indian surfer, something we are all anxiously waiting to see.

Through the 70s, 80s and 90s, I surfed up and down the east and west coasts of India and never met but one Indian surfer, a guy from Kovalam, Kerala named Muttu. But by 2009 it was clear that those days are gone forever and surfing in India is here to stay.

With a growing surf community of about 150 surfers of all ages, even girls, and numerous comps every year — surfing in India is catching up fast with the rest of the world. As for me, I was happy to have been there to witness Murthy catch his first wave back in 2001. 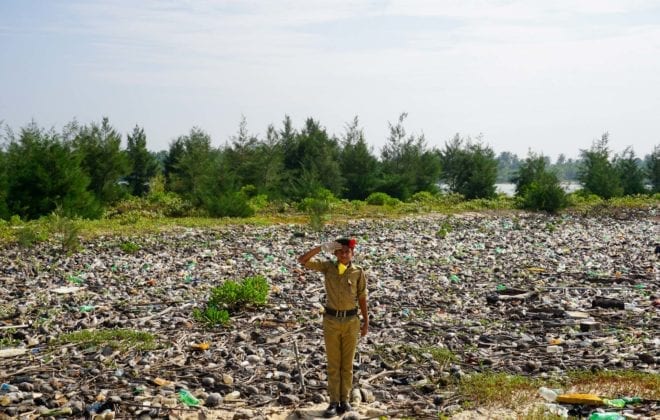 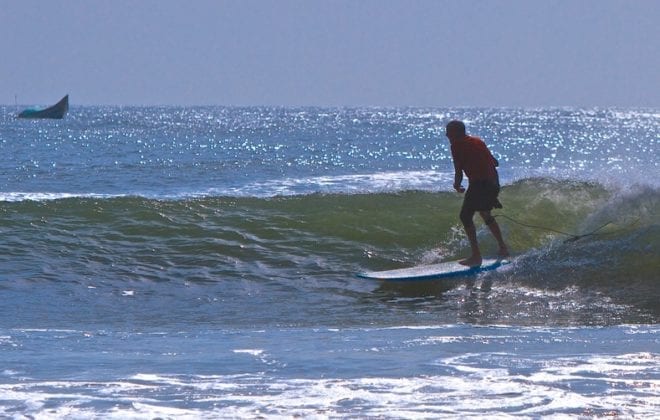